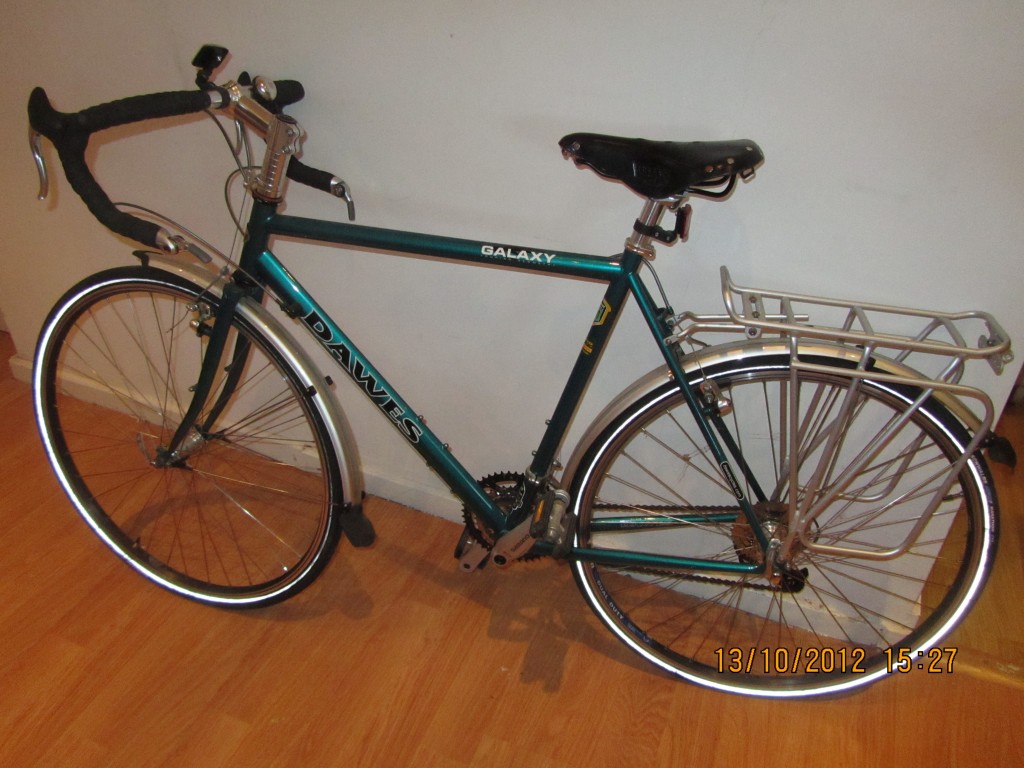 Photo Of Dawes Galaxy In Barnes Valuation For Probate

In 1906 Major Ernest Humphries and Charles F. Dawes set up the “Humphries and Dawes Company” in Birmingham, England. At first, they produced motorcycles and a few bicycles. But after twenty years, the two partners split up, with Major Humphries setting up a motorcycle manufacturer. Charles F. Dawes set up Dawes Cycles Ltd in Wharf Dale, Tyseley in 1926, with the company building to become a significant brand in the United Kingdom. Charles left the business around 1930, leaving the running to his son Wilfred P. Dawes, a former estate agent, who died in 1993. He had passed control of the business over to his son Richard Dawes in the 1970s. Primarily marketing itself a racing cycle manufacturer, Dawes made its money and impact through a combination of noted customer service (it would even undertake repairs at the factory), and a broader range of bicycles calculated to meet real working, commuting and leisure needs. The company built good frames with fine paintwork (though usually without rococo lugs), and by making many of their own components (brakes, pedals, mudguards, etc), ensured that all the components of the finished bicycle were of high quality. Some vintage Dawes cycles have a distinctive curved seat tube that parallels the rear wheel closely, in order to reduce the wheelbase length.

Dawes presented the “Courier” for the 1951 Festival of Britain, which incorporated a number of hints of the future direction for the company’s bikes. Hand-built around a lightweight frame with a long wheelbase (comfortable for long-distance touring), it was equipped with a state-of-the-art ten-gear derailleur system, and was fitted with toecaps and saddlebag. This was followed into production with the more specialist “Windrush”, a specific-designed touring bicyle and a direct fore-runner of the later “Galaxy”. The company’s response to the 1960s passion for small bikes was the step-framed “Kingpin”, with a three-seed Sturmey-Archer enclosed hub gearing system. In 1971, Dawes first “Galaxy” model appeared, fitted with wide-ratio gears and Reynolds 531 tubing. The Galaxy became the benchmark in the English touring bicycle market. By the mid-1970s, the company was still family owned and producing 1000 bicycles a week. But after the passing of the oil crisis, Dawes began to struggle. Between 1978 and 2001 the company was sold at least five times, passing through the hands of various venture capital and leisure companies. Resultantly, by the mid-1980s, the firm had 50 staff at its dilapidated Tysley factory. After being bought by ATAG of the Netherlands in 1990, the factory was closed down and production moved to Asia, while the head office moved to Castle Bromwich. In this guise it was bought by GT Cycles of the United States in 1998.