Spectrum mental disorders include a range of linked conditions. The syndromes in the range may display similar outward signs. Or be the result of the same subconscious triggers.

Obsessive-Compulsive-Disorder OCD and Compulsive Hoarding can still be difficult to distinguish between. We explore this enigma in this article and conclude the border is porous. That’s because there is only a thin line between them.

Definitions of OCD and Compulsive Hoarding Before We Start

Obsessive-Compulsive-Disorder is a mental state in which the affected person performs the same routines repeatedly. These compulsions – which may be thoughts or physical actions – occur for more than a short while.

Typical examples include counting things, checking to see whether doors are locked, and washing hands repeatedly without reason. According to Wikipedia, OCD activities also include difficulty throwing things away. However, an activity must negatively affect the person’s life in order to qualify for this diagnosis.

A classic definition of Compulsive Hoarding includes undue accumulation of objects. And difficulty discarding them when faced with a compulsive hoarder house clearance. These two compulsions result in the affected person’s home (or parts of it) becoming uninhabitable.

The impact of this condition on affected people can become extreme. They may, for example find themselves unable to keep their job, or end up living in unsafe conditions before clearing out their compulsive hoarder house. Psychologists have defined hoarding as a separate disorder since 2013. However, the boundaries between OCD and Compulsive Hoarding remain unclear.

A Novel Attempt to Draw a Line Between the Two Conditions

Gulf Bend Centre drew our attention to research by Matthew D. Jacofsky, Psy.D., and colleagues regarding the differences and similarities between the two conditions.  The study take-home is all conditions in the Obsessive-Compulsive Spectrum have intrusive thoughts. However, these thoughts manifest ‘somewhat differently’ between them.

To summarise at this point, Obsessive-Compulsive-Disorder OCD and Compulsive Hoarding both display thoughts that interrupt customary behaviour. However, they differ in terms of the outward signs we observe. 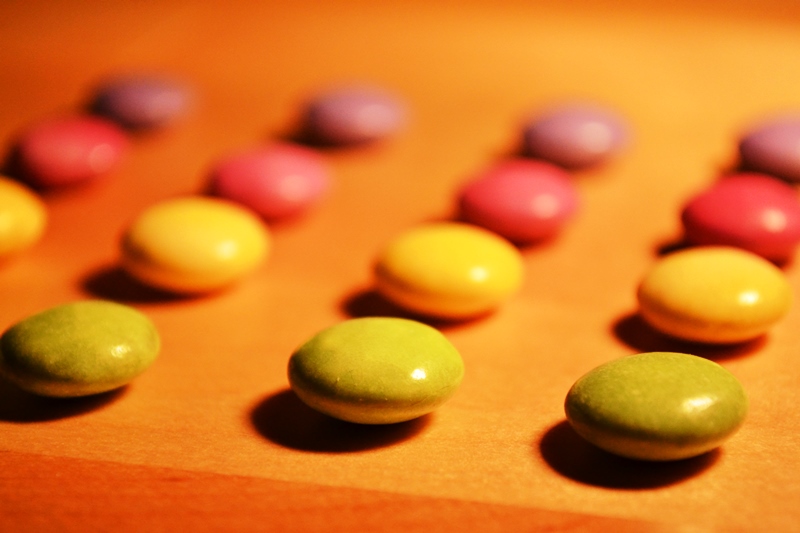 Precise Ordering can be a Focus for People with OCD: Benjamin Watson: CC 2.0

Compulsive Hoarding is a focus topic on this site. We are interested in disentangling it from Obsessive-Compulsive Spectrum to the extent that this is possible. Hence our attention shifts towards the latter from here on.

Their subjects reported a compulsion to acquire things caused by events such as these. And advise significant anxiety when circumstances prevented them from doing so. Their analysis reveals one significant difference between OCD and Compulsive Hoarding at this point:

Thus the former may resist a compulsive hoarder house clearance with all their might and strength. While a person with OCD may scarcely notice this happening while they rearrange the curtains.

Further Disentangling the Threads Between OCD and Compulsive Hoarding

The Gulf Bend Centre believes Compulsive Hoarding reveals a useful discriminator in the research report. Hoarders apparently have a measure of understanding that their behaviour is irrational, although this is insufficient to stop them continuing.

This parameter is absent elsewhere in the spectrum of linked conditions. There, those affected ‘stubbornly cling’ to their beliefs despite evidence to the contrary. This distinguishing factor between OCD and Compulsive Hoarding plays a significant role in treatment outcomes. That’s because sceptics are less likely to move on from a disorganized situation like this:

The Degrees of Insight of Compulsive Hoarders

Matthew D. Jacofsky, Psy.D., and colleagues ranked their subjects’ insights into their disorder-related behaviours and beliefs as follows:

The researchers found some compulsive hoarders in the latter group who believed their life styles were sensible within their over-arching belief systems. They saw no need to discard their piles of possessions. This reinforces the fact compulsive hoarders – unlike others with linked conditions are aware what they are doing.

Why Hoarders Defend Their Collections Vociferously

Original value systems of subjects often included the need to be thrifty and avoid wasting anything. As they gradually adopted the syndrome they transferred these beliefs across to their growing hoards. These became the outward expression of a deeply cherished belief.

At this point we find ourselves linking back to related conditions like Body Dysmorphic Disorder (BDD). There is absence of insight into the problem. In fact, there is no problem and nothing needs fixing, they insist. This is where a disconnect occurs between hoarders and their family, friends and neighbours.

The Cognitive Gap Between Society, OCD and Compulsive Hoarding

Those of us whose lives track within customary norms, may find it near impossible to understand what makes compulsive hoarders tick. Why, oh why we ask ourselves do we find hoards like this when we are conducting probate inspections and valuations. When the owner could have parted with the asset before deterioration set in.

Avery Associates are bespoke probate valuation experts, and also attend to disposal and clearances. We have top professionals on standby in centres in England and Wales. We can’t promise to find unexpected value. However, we do undertake to do our very best to protect our clients’ interests at all times.

We offer to take care of one of the toughest tasks facing those who unexpectedly lost a loved one. This is entering a home without a spirit, and taking apart the labours of a lifetime.

People gather quickly when they see a chance of acquiring value. We have met relatives who wanted to remove things while we were still painstakingly stock-taking them. HM Customs and Excise takes a hard line where they find a probate valuation that’s incomplete under Inheritance Tax rules.

Let Avery Associates take care of these tasks for you. You have more than enough to do already, without perhaps facing the detritus of OCD or Compulsive Hoarding.  Allow our professional teams to help you during this most difficult of times you may be facing. Phone 0800 567 7769, or from mobile 0208 640 00 44 to arrange assistance now.

How to Value House Contents for Probate