Diogenes the Cynic was a disruptive Greek philosopher who was aged about 89 when he died in the 3rd century before the current era. He was no respecter of wealth or power. When Alexander the Great visited him, he refused to get up off the ground to greet him. One of the characteristics of Diogenes Syndrome is social withdrawal.

When the statesman-warrior dripping with wealth knelt down and asked him what he could do for him, Diogenes answered ‘Yes, stand out my sunlight. You are casting a shadow over me.’ He was also perhaps the greatest minimalist in history whose simple lifestyle turned the glories of the Greek Empire on its head.

The Father of Diogenes Syndrome Was a Rough Sleeper

The Cynic Diogenes was also an unlikely fellow who lived in a large clay jar in Athens, declaring himself to be a cosmopolitan with no fixed abode on Earth. He delighted in insulting with rude behaviour and words. However, he was not a hoarder and traveled light through life. 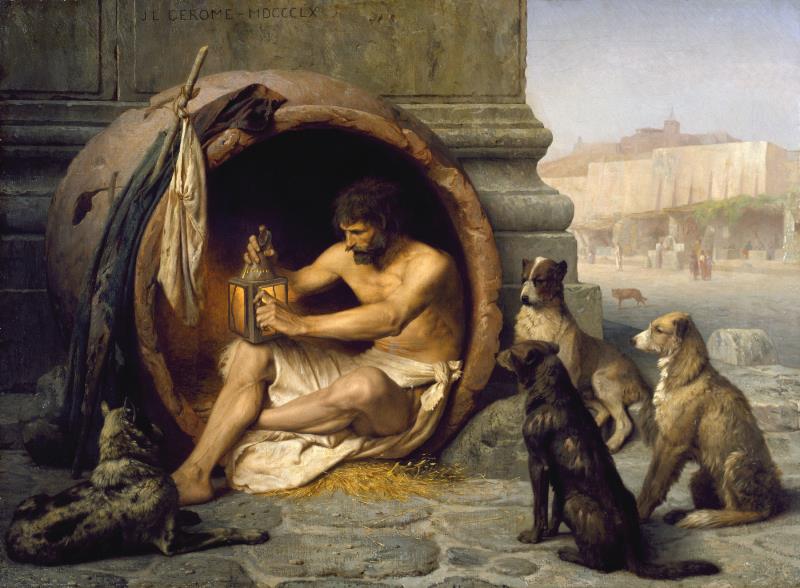 The Main Characteristics of the Diogenes Syndrome

Senile Squalor Syndrome, or Diogenes Syndrome as you prefer is a mental disorder displaying domestic grime, almost total self-neglect, apathy and withdrawal from society, and a total lack of shame. This may eventually culminate in a Compulsive Hoarder house clearance such as we provide.

However, unlike Diogenes the Cynic, people with the mental condition also hoard excessive amounts of garbage and even animals. They may also display symptoms of Catatonia. This is a condition characterised by lack of movement.

Psychologists consider it probable the condition arises from frontal lobe impairment likely caused by disease or head trauma. This part of the brain plays a major role in motivation, planning, social behaviour, and speech production.

The Outward Signs of Diogenes Syndrome

The condition presents itself in the form of radical self-neglect and hoarding rubbish. Other characteristic signs include

The condition most frequently develops late in life as a reaction to something that may have happened decades earlier. Clearing a Diogenes Syndrome home may be the only way to deal with this clutter.

Patients with this condition who are under care display an abnormally high degree of unusual thought sequences, and possessiveness. This appears to confirm the frontal lobe theory, although there have been cases where the ‘collections’ were in methodical arrangements.

Some patients whose homes we cleared came from impoverished backgrounds according to their families / carers. Quite a few of them never escaped from poverty. However, according to Wikipedia there is no evidence of a causal link. Although we could probably make a good case that having little in the past may cause us to store more when we can.

By contrast, many of the residents where we cleared a Diogenes Syndrome home came from solid, middle class backgrounds and had successful professional careers. Half the patients included in a study by Clark and Mannikar had higher intelligence levels than average when tested. Therefore the Diogenes Syndrome does not exclusively relate to poverty, or traumatic childhood.

Undetected patients with the condition may deteriorate to the point of physical collapse or mental breakdown. It’s a tragedy they have to reach this point on account of their stubborn secretiveness that keeps their situation away from the public gaze.

Our Compulsive Hoarder house clearance team know they have a tough day ahead of them when they have to clean a house previously inhabited by a person with Diogenes Syndrome. 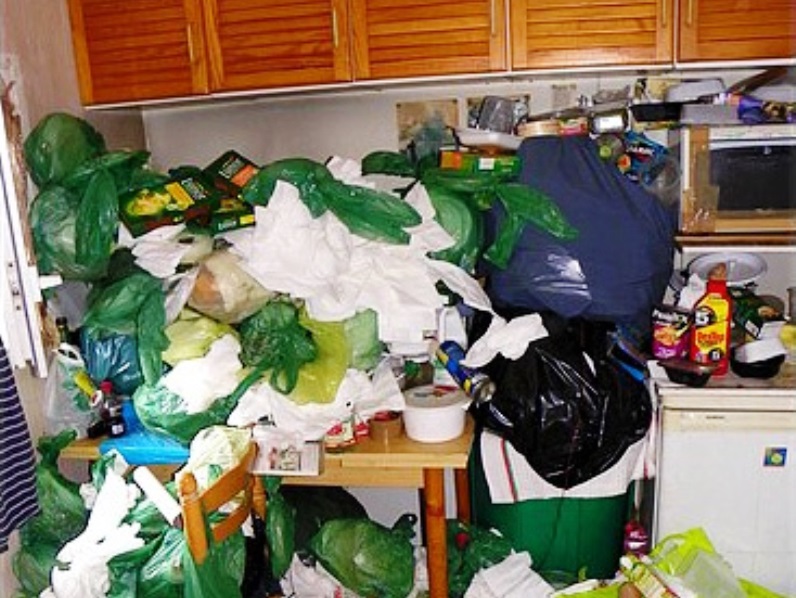 It’s best not to try to do this yourself if the resident is present. That’s because they may respond to a threat of clearance with aggressiveness, stubbornness, and suspicion of others. Moreover Reyes-Ortiz warns of unpredictable mood swings, emotional instability and deformed perceptions of reality.

It Sounds As If Diogenes and Compulsive Hoarding Disorders Have Overlaps

Indeed they do and that’s quite normal with the human mind. Our brains are not made of ‘lego blocks’ that click together, as if we could remove Diogenes Syndrome at will. The different functions are as intertwined as the roots of weeds in an unkempt lawn. They flow together to create the unique personalities that are you and we.

Towards Distinguishing Between the Two Medical Conditions

A group of French psychologists attempted to define the porous boundaries. They published their findings in the Journal of the American Psychiatric Society in October 2016. This has remained an authority source ever since. Their headline conclusion was as follows:

The Diogenes Syndrome is a pathological tendency to accumulate objects called syllogomania (or obsessive collecting) which is very close to hoarding.

The dedicated the rest of their paper to exploring the similarities and differences.

Their Headline Description of The Condition

Approximately 5% out of every 100,000 people have the condition. It associates with several other syndromes including: 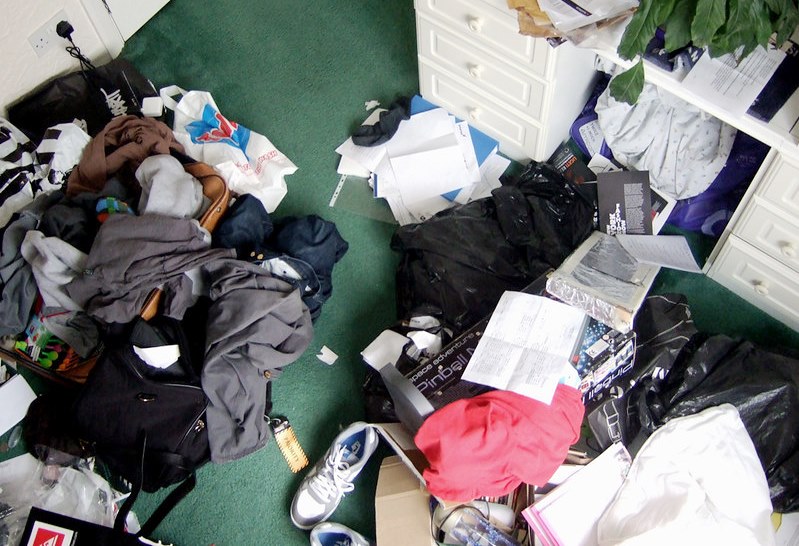 The Core Requirements for a Diogenes Diagnosis

The subject MUST display an inability to ask for medical or social help. In addition they must meet one of three criteria. These secondary characteristics are (a) persistent physical complaints causing disruptive thoughts, feelings and behaviour, (b) pathological social relationships leading to exclusion, and (c) a compulsive / obsessive relationship with objects.

The latter creates a bridge across to Hoarding Disorder. Perhaps this is why clearing a Diogenes Syndrome home and a Compulsive Hoarder house clearance are so similar.

At the end of the day, people suffering from either condition have a home cluttered with useless objects that have rendered some living spaces inaccessible. Both also have difficulty discarding these, and experience distress when someone tries to force the issue.

Firming Up On the Relationships Between These Overlapping States

The French researchers who posted in the Journal of the American Psychiatric Society appear to have had difficulty defining the boundary line (if indeed it exists).

A socially isolated patient with a hoarding disorder, and poor insight into their condition might not ask for help because they don’t believe they have a problem. However, a Diogenes patient will not do so, because that is the primary discriminator of their condition.

To muddy the water further, not all hoarders live in congested squalor. Some collect compulsively while maintaining high, perhaps even excessive standards of tidiness as evidenced in this photograph:

A Two-Dimensional Model to Explain the Similarities and Differences

The authors of the report fail to separate the two conditions into tidy ‘lego blocks’. Instead, they propose a model with two dimensions, namely hoarding and squalor. To their minds compulsive hoarding is predominantly, but not exclusively the former: while Diogenes Syndrome is the flip side of the paradigm. 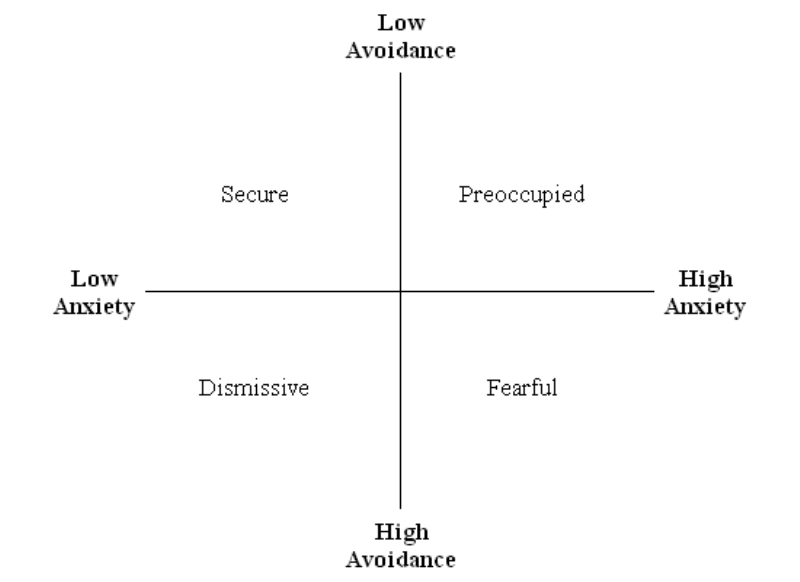 A General Introduction to Avery Associates

The Potential Effects of Hoarding Disorder on Families