In a recent probate valuation in Birch Lane, Purley CR8, our probate valuers report includes a fine marble sculpture of a Greek discus thrower valued for probate purposes at £1000. 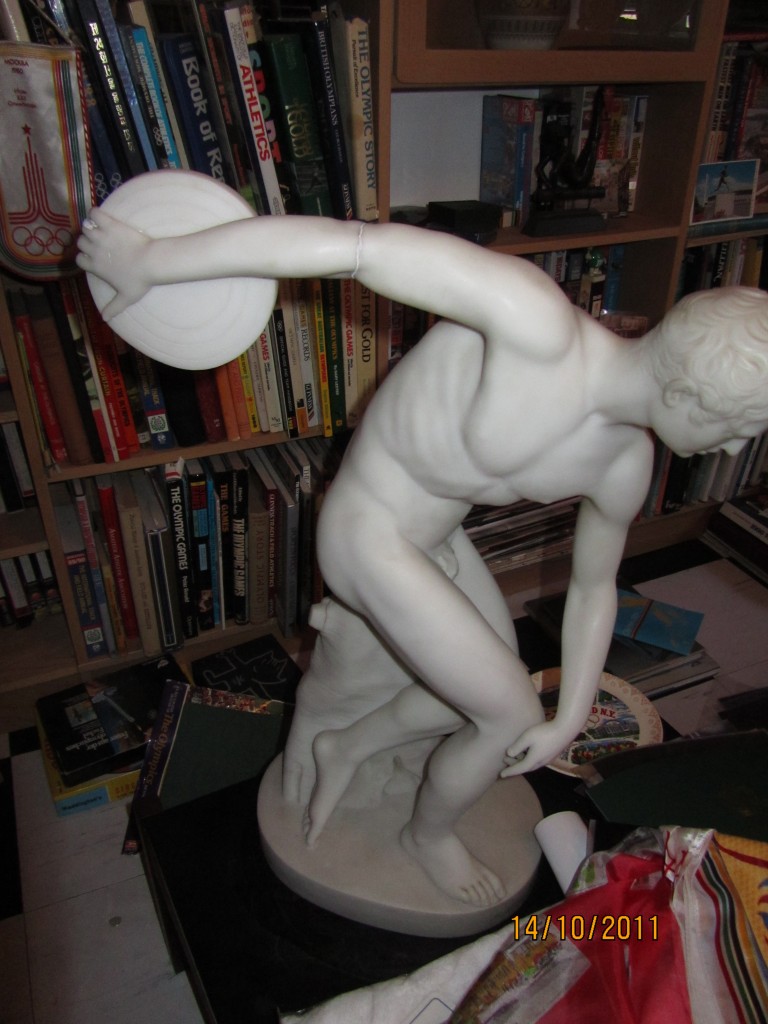 Photo Of The Diskobolus of Myron In Purley Probate Valuation

About The Diskobolus of Myron

This marble statue is one of several copies of a lost bronze original of the fifth century BC which was attributed to the sculptor Myron (flourished about 470-440 BC). The head on this figure has been wrongly restored, and should be turned to look towards the discus. The popularity of the sculpture in antiquity was no doubt due to its representation of the athletic ideal. Discus-throwing was the first element in the pentathlon, and while pentathletes were in some ways considered inferior to those athletes who excelled at a particular sport, their physical appearance was much admired. This was because no one particular set of muscles was over-developed, with the result that their proportions were harmonious.

A number of ancient discuses of either marble or metal, and of various weights, survive. Little is known of the distances achieved in antiquity, though an epigram celebrating a throw of 30 metres (95 feet) comes as a surprise in the modern world, where the current world record is just over 70 metres. However, the ancient technique of discus-throwing may have been rather different: there is no representational evidence for anything more than a three-quarter turn, rather than the two and a half turns used today, and this may be one factor making a direct comparison difficult.