In a recent probate valuation in Bridle Road, London HA5, our probate valuers report includes a Victorian Partners Desk valued for probate at £700. 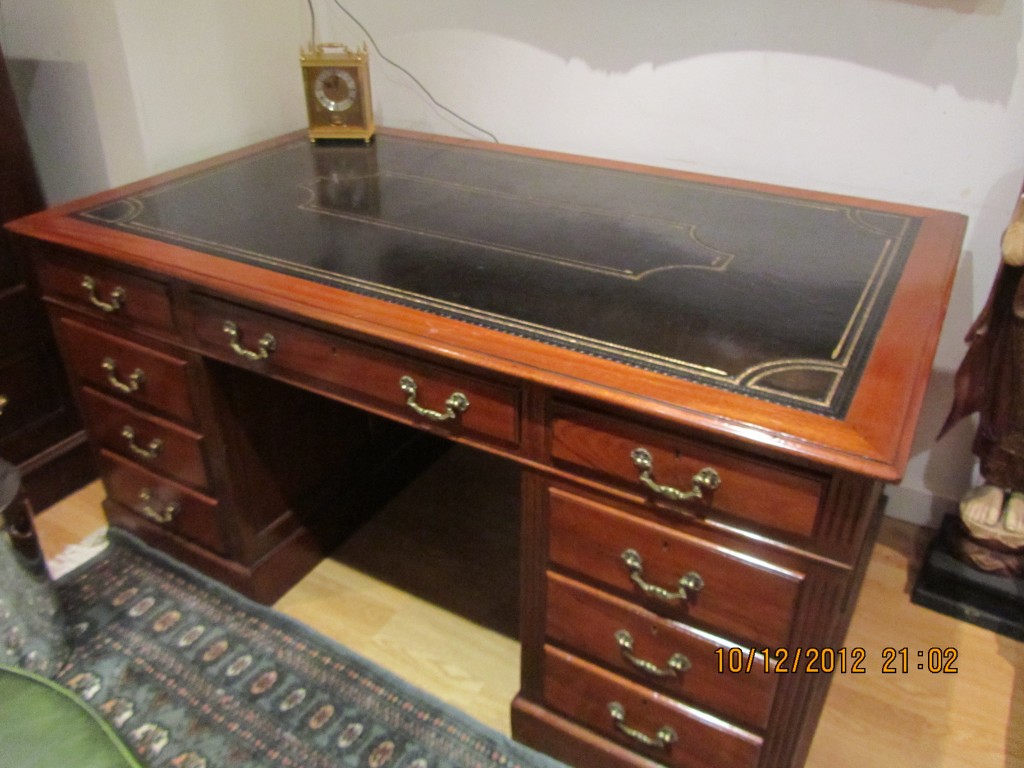 The History Of Partners Desks

The partners’ desk is always reminiscent of a solicitors’ office or something to do with business, and the term ‘partners’ actually originates from the free standing mirror image design of the desk with matching drawers on each side where two businessmen or partners facing each other could both work.

These desks were found in estate managers’ offices as well as libraries in big country houses. In the city they would be used by businessmen and industrialists. Chippendale targeted his version of the desk particularly to this new professional clientele where post 1750, his middle class market was set to expand dramatically.

The squareness of the desk was challenged by both Hepplewhite and Sheraton who produced kidney shaped versions with other serpentine shaped fronts, and these alternate designs were revived at the end of the 19th and beginning of the 20th century when classical styling was very popular. However during Victoria’s reign it was the conventional shape that remained. The straight lines of the desk also did not suffer too much through mechanisation.

Mahogany was the wood of choice for this desk except during the Regency period when much lighter satinwood was used and also later in the 19th century when oak regained popularity.

When buying a partner’s desk, ensure that all sections match; be aware that the leather writing panel may have been replaced; handles were often changed; and modern versions are often not British made but of continental manufacture