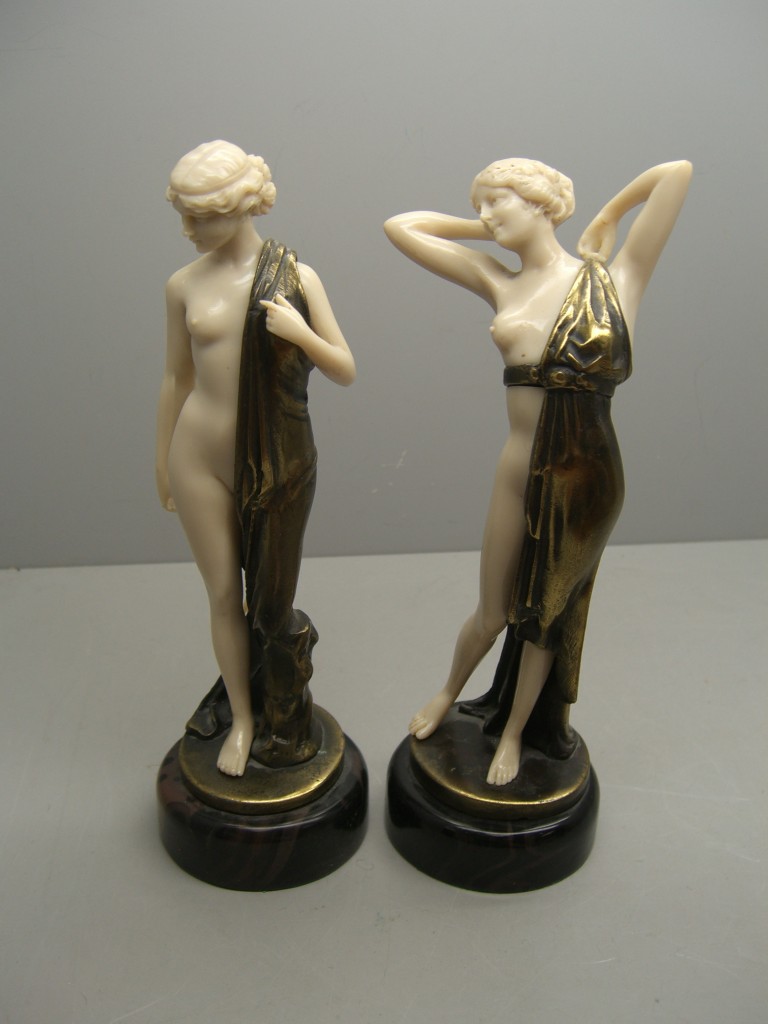 Ferdinand Preiss was born on the 13th February 1882 in Erbach in the Odenwald. When he was 15 years old his parents died, one shortly after the other, and the six children were looked after by friends and relatives. Ferdinand lived with the family of the then famous ivory carver Philipp Willmann, where he was trained to be an ivory carver. In 1901 he left Willmann’s workshop and travelled to Mailand, Rome and Paris. He earned his living as a modeller.

In Baden-Baden he got to know Arthur Kassler who became his companion. With him he founded the company Preiss & Kassler, an ivory-carving business with a workshop in Berlin.

In 1907 he married a Berliner, Margarethe Hilme. Soon afterwards his son Harry and his daughter Lucie were born. At first, the model collection of the new company consisted of small ivory carvings, including statuettes of children and carvings whose motifs were mostly oriented towards classical ideals. From 1910 onwards the first carvings which combined bronze with ivory were produced. The casting was done by the company Gladenbeck in Berlin. By the time the First World War broke out in 1914 the company had brought the number of employees up to six; all were outstanding ivory carvers from Erbach.

Immediately after the end of the war Preiss and Kassler built up the business again which would reach full bloom during the 1920s. Preiss was the artistic director whereas Kassler devoted himself to the commercial side of the business. Their speciality were Art Déco-style cabinet sculptures which combined ivory with painted bronze and which were mounted on plinths made of onyz or marble and sometimes also on mantelpiece clocks or lampstands. The models, which were practically all designed by Ferdinand Preiss, were produced in limited editions. A large proportion of the production was exported to England and the USA.

The company Preiss & Kassler existed until 1943. Ferdinand Preiss died that year at the age of 61 from a brain tumor. The workshop with the stock of samples in Ritterstraße in Berlin completely burned down in 1945 just before the end of the war during a bomb attack.

Ferdinand Preiss is regarded as one of the leading ivory carvers of the Art Déco scene in the 1920s and 1930s. His bronze-ivory carvings are among the most costly in the world.
Our valuers always carry out extensive research, so by having our RICS probate valuation we will ensure that the chattels are not under or overvalued.