A miniature 16th Century portrait of Elizabeth I that turned up in a house clearance sale is to go on show at the National Portrait Gallery.

The gallery bought the previously unknown miniature at auction late last year for £329,000.

The postcard-sized picture will be part of a new exhibition titled Elizabeth I and Her People from October. 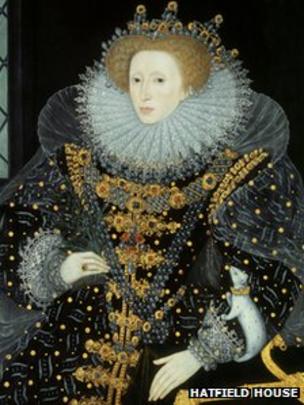 Curator Dr Tarnya Cooper said it was “extraordinarily unusual” that such an important work had remained unseen.

It’s unlikely that the original owner knew what they had
Curator Dr Tarnya Cooper
“It does show you what is to be found in people’s attics unknown and unrecorded,” she told the BBC.

“We know very little about it – it was bought at a house clearance sale in south-east England last year and then it came to auction at Christie’s and we bought it.

“It’s unlikely that the original owner knew what they had. We are clear we are looking at a very high quality image by a 16th Century artist.”

The painting, which dates from around 1590 and is attributed to the painter Isaac Oliver, shows the queen in a classical scene based on the Greek myth The Judgement of Paris.

Queen Elizabeth I, The ‘Ermine’ Portrait – attributed to Nicolas Hilliard, 1585 Copyright: The Marquess of Salisbury, Hatfield House
Image caption
The exhibition will include the ‘Ermine’ portrait of Elizabeth I (1585) from Hatfield House
Elizabeth I appears in the guise of Paris, holding an apple, alongside the goddesses of marriage, war and love.

“Elizabeth’s rounded face and small features are usual, but it is meant to be a flattering portrait, showing the Queen as perpetually youthful,” Dr Cooper said.

“It is difficult to speculate about who this cabinet miniature might have been produced for. The provenance provides us with no further clues.

“But the small scale and remarkably high quality of this work indicate that it would have been painted for a patron close to the court.”

The miniature – currently undergoing conservation work – is believed to be in its original frame.

The exhibition aims to reflect the rise of new social classes in Elizabethan society and will feature other portraits and objects from the age.