My latest house contents probate valuation took me to a home in central Epsom, a large detached property with six bedrooms and a separate garage and workshop. The property was occupied by an elderly gentleman and my valuation was for the personal possessions belonging to his late wife who was a science teacher.
I worked my way around the house noting some normal household furniture with a few nice collectables mixed in to include some nice early Chinese ceramics, a few watercolours, and other interesting collectables. Among other things i noted was a nice quality Spanish acoustic Guitar, a pair of lovely German Globe Wernicke six section bookcases and an interesting oak hall chair from the mid eighteenth century. The upstairs bedrooms had only the normal bedroom furniture that we find in most homes. The picture below shows the lovely bronze figure that stood proudly at 26″ high 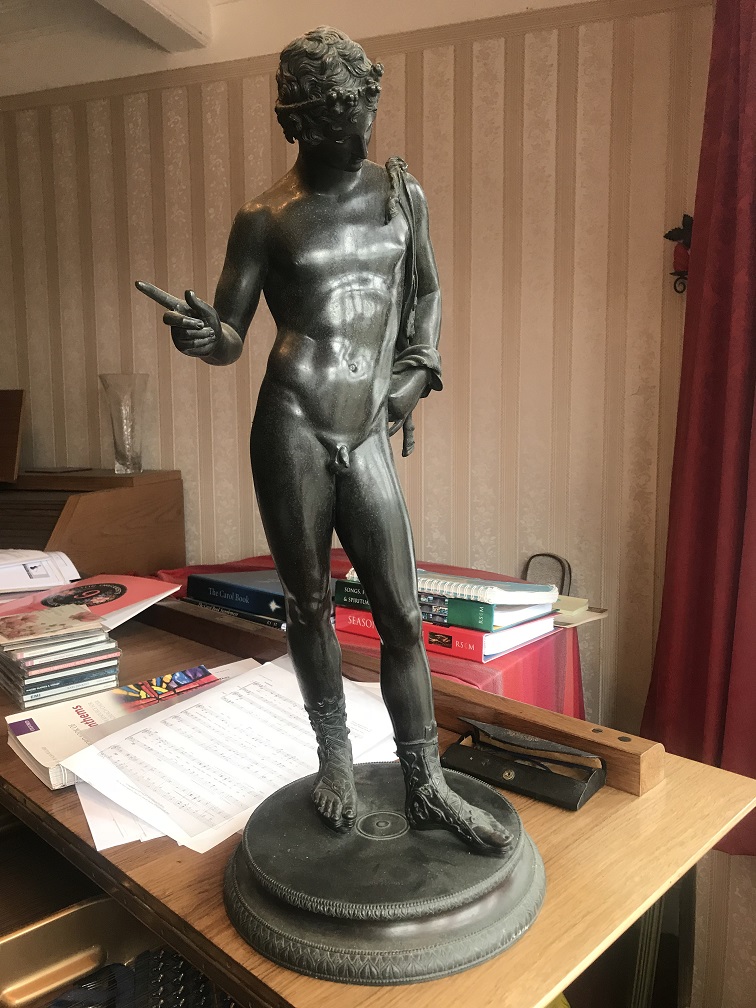 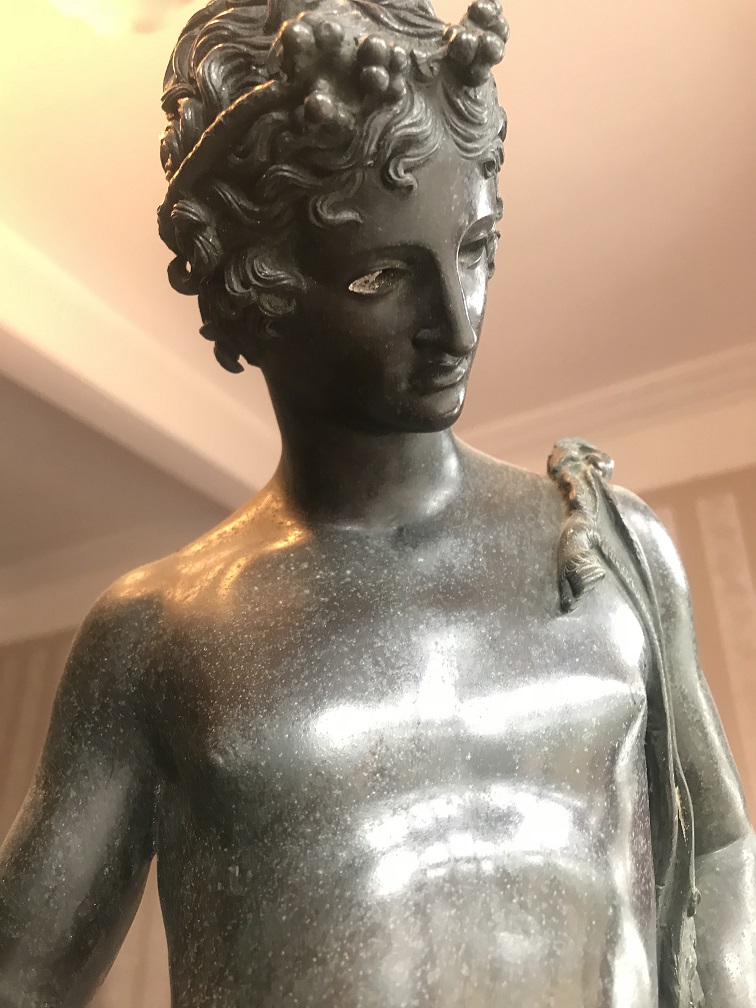 This unsigned piece although a very modest £300 is similar in style to “The Victorious Youth” also known as the Getty Bronze or Atleta di Fano, a Greek bronze sculpture, made between 300 and 100 BCE, in the collections of the J. Paul Getty Museum. In August 1964, after a series of severe storms, Italian fishermen dragging nets along the bottom of the Adriatic hauled out a life-sized bronze statue encrusted with nearly 2,000 years’ worth of barnacles. Thirteen years later, after a labyrinthine trail of greed, betrayal and smuggling, the masterpiece, ‘Statue of a Victorious Youth’, was bought by the Getty Museum in Los Angeles for $3.98 million, then the highest price ever paid for a statue.

Now this saga has erupted again. Last November negotiations broke down between the Italian government and the J. Paul Getty Museum over the possible return of 52 objects, among them the statue. The Museum announced that it would not hand over its prize exhibit. Its director, Michael Brand, declared, ‘Our conscience is clear in keeping the work.’

Metals and metal working had been known to the people of modern Italy since the Bronze Age. By 53 BCE, Rome had already expanded to control an immense expanse of the Mediterranean. This included nine provinces radiating from Italy to its islands, Spain, Macedonia, Africa, Asia Minor, Syria and Greece, and by the end of the Emperor Trajan’s reign, the Roman Empire had grown further to encompass parts of Britain, Egypt, all of modern Germany west of the Rhine, Dacia, Noricum, Judea, Armenia, Illyria and Thrace (Shepard 1993). As the empire grew, so did its need for metals.