Monday 26th March took me to a property in Chelsea to carry out an open market valuation for the purposes of probate for a retired Military Officer who had sadly lost his lifetime partner and wife. A delightful gentleman with a very positive outlook on life, and very entertaining with his stories of the war while accompanying me through his home and carrying out my valuation.
The contents consisted of some attractive Georgian Oak furniture consisting of dresser base, bureau, joint stools, farmhouse table and chairs. Some good hand made rugs, pair of continental tapestries. The art consisted of four original water colours by a local artist and a selection of prints. Cut glass decanters and crystal glasses were present in the sideboard accompanied by an extensive Royal Doulton dinner service. The bedrooms had nothing out of the ordinary apart from a nice cheval mirror in the Master chamber.
I had almost finished and was in the sitting room when I decided to double check behind the curtains and low and behold tucked in the far corner of the bay window sat an impressive bronze sculpture. I recognised it straight away as a work by the famous Dame Elisabeth Jean Frink CH DBE RA. I had a good idea of the value having seen a piece in auction last year so after a little research back at my office I put a figure of £7000.00 for probate, not a bad find for the client. I have added a picture of the bronze titled “Bird” below 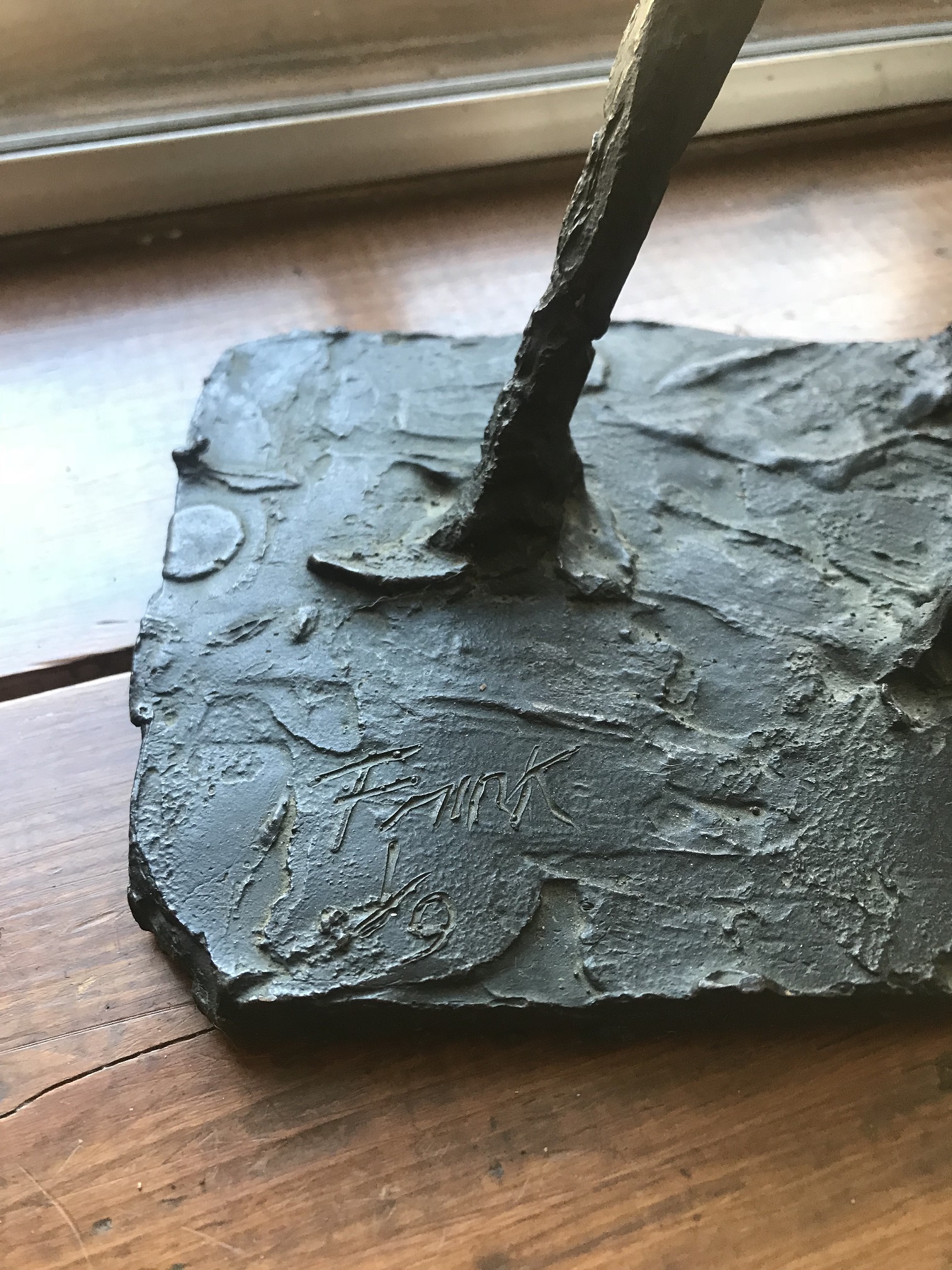 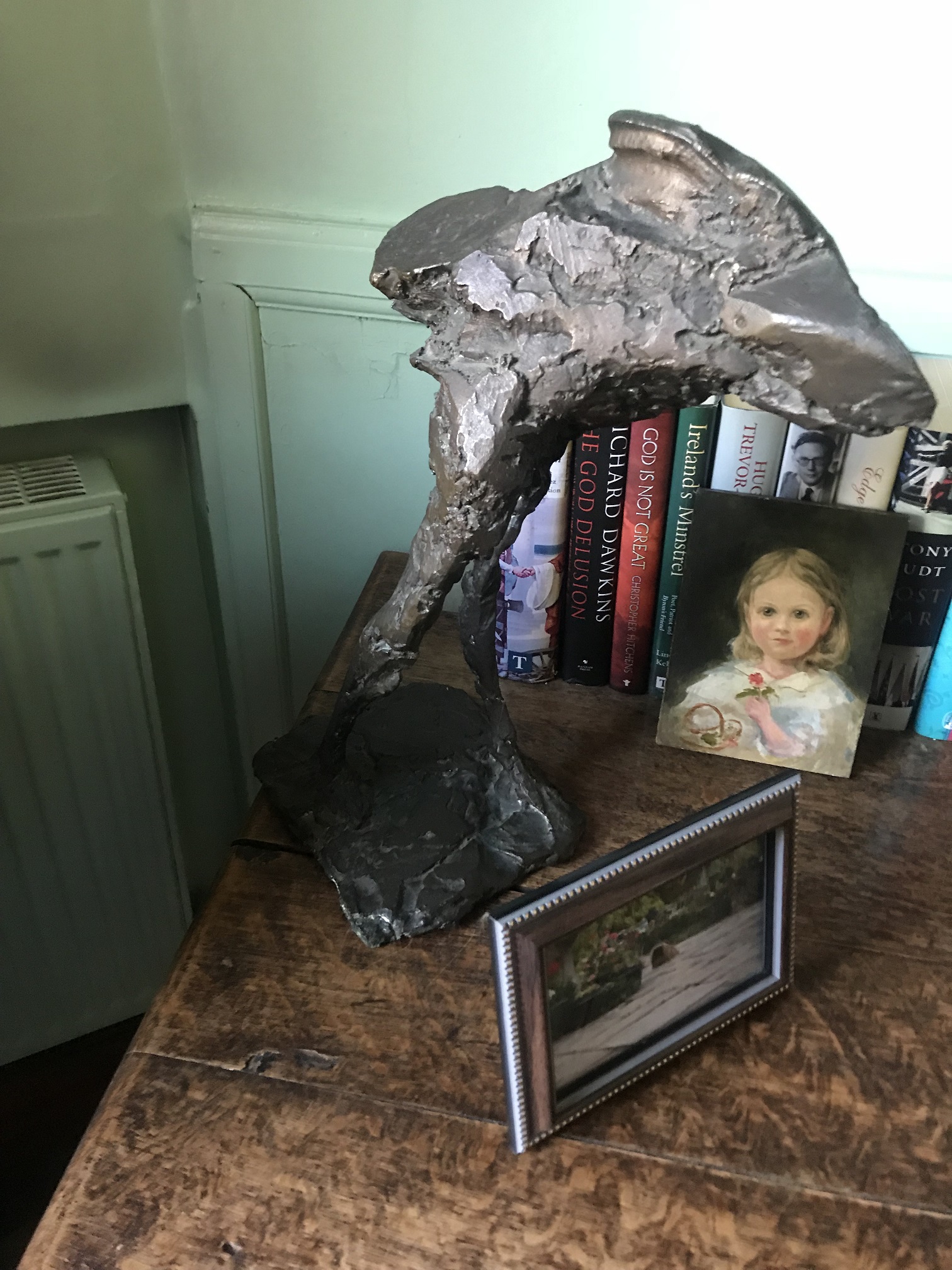 This particular bronze sculpture by Frink was one of a run of nine pieces made and called simply “Bird”. But Elisabeth Frink is well known for her most important sculpture making up her theme of the nature of man works, as well as other themes the “Horseness” of horses and the divine in Human form. Some of these works were sold at Christies. “Seated Man” sold for a staggering GBP 1,082,500, “Seated Man II” made GBP 817,875, “First Man” sold for GBP 422,500, “Proto Martyr” also selling for GBP 422,500.
Her father was a career soldier and one of those evacuated from Dunkirk in the early summer of 1940. There are suggestions that war, which broke out shortly before her ninth birthday, provided an important context for her life and career. Growing up near a military airfield in Suffolk, she would have heard bombers returning from their internecine missions, and on one occasion was forced to hide under a hedge to avoid the machine gun attack of a German fighter plane. Her early drawings, from the period before she attended arts school in London, have a powerful apocalyptic flavour: themes include wounded birds and falling men.
Elisabeth Frink was born 14th November 1930 in Suffolk and died on the 18th April 1993