I was called earlier this month to carry out a probate contents valuation for Inheritance Tax calculations on the outskirts of Maidenhead along with our in house Rics property valuer who was also engaged to carry out a full Red Book valuation of the property itself. After meeting the client a District Judge from London we accompanied her around the property assessing the property and contents. As for my part the contents comprised of a mixture of modern and antique furniture and effects, some solid silver cutlery, hollow ware, Staffordshire figures, Lladro, and other lesser collectables that made up the probate valuation report.

There was a broken down outhouse that had furniture but was severely water damaged and of no value, and some plastic garden furniture also without value. My client was present and I asked for a key to the locked garage. She informed me that she had no key and that the garage door had been locked and not opened for at least ten years and as far as she knew was empty. I was about to omit the garage from the report due to this but noticed a side door and to our surprise as unlocked. As I entered the rear of the garage through the door I was shocked to find a beautiful British Racing Green Porsche 924 hidden away under its factory supplied car cover complete with the Porsche logo staring me right in the face. Our client had no knowledge of the Porsche vehicle so on this occasion as it was not confirmed as the property of the deceased so was not included in the valuation. 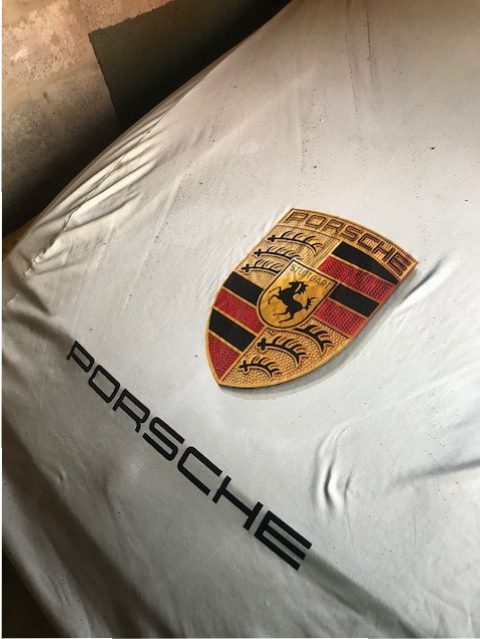 About The Porsche 924 Turbo

The Turbo version of the 924, which was available as of MY 1979, bridged the performance gap between the 924 and the 911 SC. The body of the 924 Turbo was based on the 924. In the front section, it differed from the standard model through various air openings:
– Vertical air slots in the front apron to supply air to the brakes and the oil cooler
– Four air openings between the headlights, as well as a NACA air opening on the right in the bonnet for aeration and ventilation of the engine compartment.
The 924 Turbo also featured a black rear spoiler on the rear lid. The aluminium wheels with spoke design were secured with five wheel nuts (like the standard 924 model) instead of four. The supercharged 2.0-litre four-cylinder in-line engine of the 924 Turbo initially developed 170 hp. In MY 1981, the efficiency of the engine was improved and power output was increased to 177 hp.

This information was supplied by www.porsche.com

Avery Associates can value classic, veteran and vintage cars for probate as part of probate contents valuation along with all other household furniture , antiques, fine art and collectables.