A recent probate contents valuation took me to a property in Epsom, and having taken on the appraisal at short notice I had no idea of the nature of the contents to be valued. After collecting the keys from the probate solicitors who were closeby and acting as executors for the estate I headed over to the Epsom property to carry out the valuation.
upon entering the property I noted some nice pieces of Victorian and Georgian furniture, sadly of no great value these days, as well as some collectables, glassware, some silver and a very nice canteen of solid silver cutlery worth its scrappage value.
Upstairs the bedrooms had regular bedroom furniture, bedding, clothing and some personal effects. There was a loft with the usual items such as old school books a christmas tree and lots of empty boxes and spare rolls of wallpaper dating for the 70’s by the look of it.
I left an annexe area until last and when entering I was surprised to find a large haul of paintings some of which were very well painted and by good artists. But casually hanging over the mantle piece I immediately noticed a superb picture by the well known Ivon Hitchens titled “Three Boats”. I knew this painting was valuable and after returning to my office I could see that the painting had been purchased from one of the major auction houses some years ago for over £40,000.
From recent sales records I considered the piece to be worth less at the time of death and entered a market value of £28,000 for probate, and not surprising that the solicitors were astonished when I returned the report with a final and total probate contents valuation of over £50,000. Subsequently I am arranging for the sale of the art on behalf of the estate. If you would like to read more about Ivon Hitchens please read on. 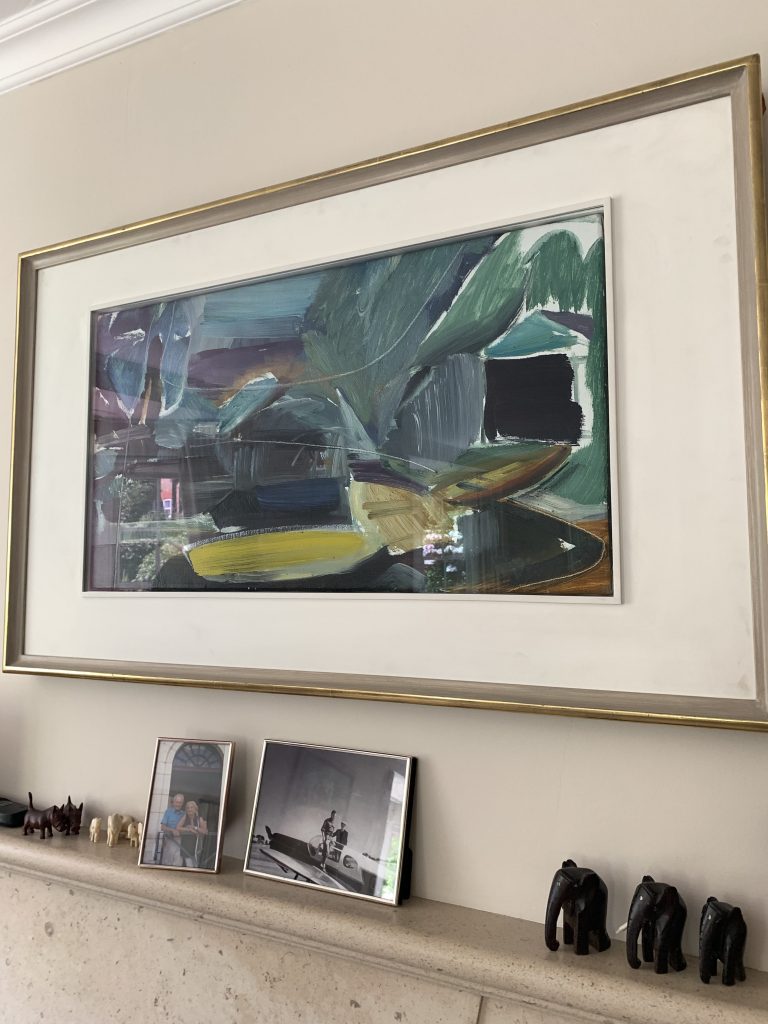 Ivon Hitchens (3 March 1893 – 29 August 1979) was an English painter who started exhibiting during the 1920s. He became part of the ‘London Group’ of artists and exhibited with them during the 1930s. His house was bombed in 1940 during World War II, at which point he moved to a caravan on a patch of woodland near Petworth in West Sussex. He worked there for the next forty years, gradually augmenting his caravan with a series of buildings. He is particularly well known for panoramic landscape paintings created from blocks of colour. There is a huge mural by him in the main hall of Cecil Sharp House. His work was exhibited in the British Pavilion at the Venice Biennale in 1956. Hitchens was the son of the artist Alfred Hitchens. His son John Hitchens and grandson Simon Hitchens are both artists.
(Information sourced from Wikipedia)