A 74-year-old Massachusetts woman may have been living with the decomposing body of her sister for up to 18 months, possibly without even realizing her sister was dead, the Brookline TAB reports. According to the Boston Globe, Lynda Waldman lived alone with her 67-year-old sister, Hope Wheaton, in the $1.2 million house in Brookline. Authorities say a cousin came to the house in December to help take out the trash and found Wheaton’s body under the kitchen table. Waldman appeared unaware her sister was dead and had to be informed by police, CBS Boston reports. Waldman says her sister would fall and be unable to get up. She said she would nurse Wheaton back to health with Fudgsicles and water, but Wheaton failed to get better after a fall in July 2015. 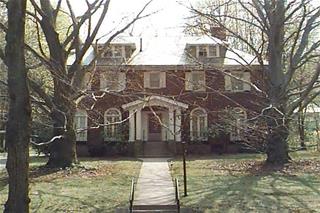 While police are waiting on the results of an autopsy, they don’t suspect foul play in Wheaton’s death. And while it’s unclear why Waldman didn’t call authorities at any point, there’s no “evidence of wrongdoing.” Officials describe a house that was falling apart and filled with clutter to the point of hoarding. The front of the house was boarded up, and some neighbors were unaware anyone even lived there. One neighbor says the sisters were “recluses” who never left the house; another says neighbors joked the house was haunted. (A mother’s mummified remains were found in the home of an Arizona hoarder.)