“I have just found this small caterpillar brooch wrapped in a piece of old newspaper” commented one of the Avery Associates team of valuers during a recent chattels valuation being undertaken by the company. It was music to the ears of his colleague who immediately recognised the significance of this most exciting find. This small and otherwise rather insignificant brooch in the form of a silk-worm with small ruby eyes was soon identified as a members lapel badge of the Caterpillar Club. 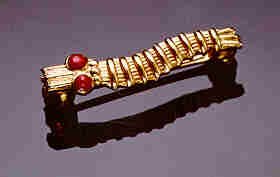 The Caterpillar Club is a group of people who have successfully used a parachute to bail out of a disabled aircraft. After authentication by the parachute maker, applicants receive a membership certificate and a distinctive lapel pin. The nationality of the person saving their life by parachute and ownership of the aircraft are not factors in determining qualification for membership; anybody who has saved their life by using a parachute after bailing out of a disabled aircraft is eligible. The requirement that the aircraft is disabled naturally excludes parachuting enthusiasts in the normal course of a recreational jump, or those involved in military training jumps.

The Irvin Airchute Company Of Canada 1922

The club was founded by Leslie Irvin of the Irvin Airchute Company of Canada in 1922. (Though Leslie Irvin is credited with inventing the first free-fall parachute in 1919, parachutes stored in canisters had saved the lives of observers in balloons and several German, Austro-Hungarian pilots of disabled military aircraft in the First World War.[1]) The name “Caterpillar Club” simply makes reference to the silk threads that made the original parachutes thus recognising the debt owed to the silk worm. Other people have taken the metaphor further by comparing the act of baling out with that of the caterpillar letting itself down to earth by a silken thread. Another metaphor is that caterpillars have to climb out of their cocoons to escape.