The Ancient Egyptians were a dab hand when they packed their tombs for life’s journey into the unknown. Armchair archaeologist Earl of Carnarvon and the American Howard Carter must have whistled in surprise when they peered into this entrance foyer. Even we have yet to do a hoarders house clearance that could compare with this. 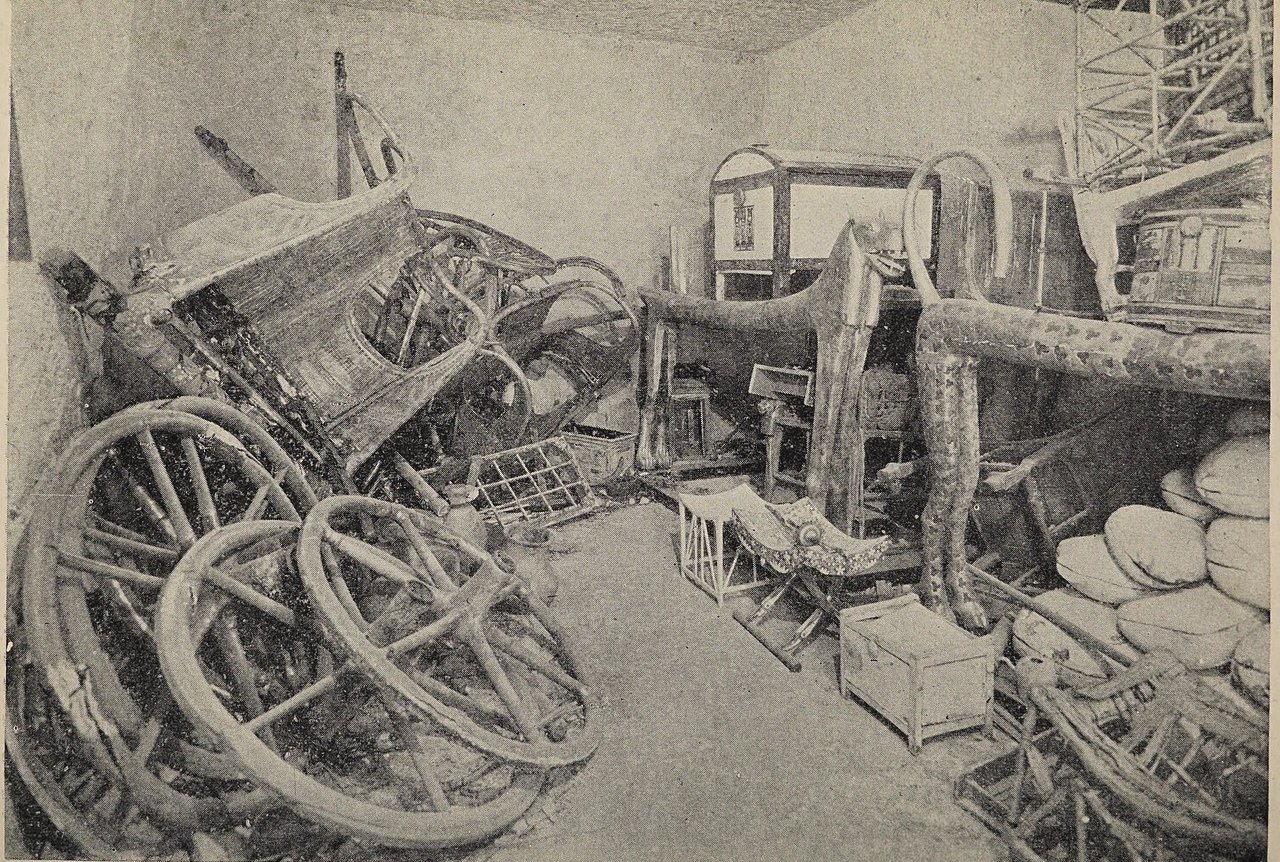 A Hoarders House Clearance Literally Fit for a King

Was this compulsive hoarding in its purest sense? We’ve heard the young king personally chose the items for his tomb, including a pair of just-in-case chariots and a knock-down couch that would have made IKEA envious.

Of course we know from hindsight that embalming bodies for resurrection in a future life was failed experiment, although it did preserve the shadow of the mortal remains. What is it about humanity that we never seem to be able to let go?

The National Geographic describes how the Pharaohs hoarded everything they needed for an afterlife banquet of note. They even mummified the protein they planned to eat, and had barrel loads of spices so they could cook presumably just like mum did.

We have no idea what it cost to clear the hoard King Tutankhamen left behind when he died so tragically young. We have not cleared out compulsive hoarders houses on that scale yet, although you never know what you could find in England.

Vestiges of royal glory are replaced by empty plastic bags and polystyrene containers nowadays. How strange this is given the grand old medieval tradition of leaving priceless treasures buried in open fields.

The Romans certainly kick-started the modern habit when they controlled Southern England prior to the Anglo-Saxon kingdoms. Some of those collections such as personal hoards, founder’s hoards, merchant’s hoards, and hoards of loot appear to have been in temporary storage although their owners never retrieved them.

Others appear to have been sacrificial votive offerings to placate the gods and curry some favour from them. However it seems these may have stood a better chance of ending up in stuffy museums just like poor King Tut did.

The Anxiety and Depression Association of America believes people create compulsive hoards, because they believe they could be useful at some time in the future. These are as precious to them as a dismantled chariot was to a pharaoh.

They can’t get rid of the possessions others may have discarded before. They are of sentimental value to them, are unique and irreplaceable, or too precious to throw away. If we were to visit the London Victoria and Albert Museum with fresh eyes, we might start believing the British really are a nation of compulsive hoarders. 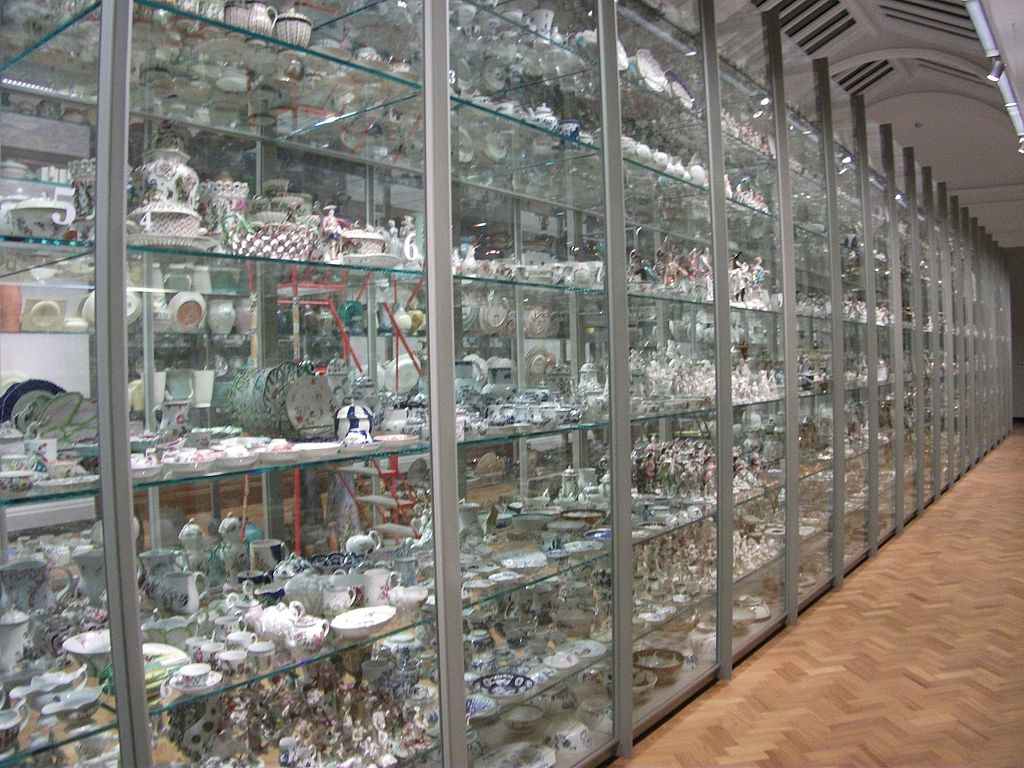 Ceramics in the Victoria and Albert Museum: Johnbod: CC 4.0

Stages in Life Leading to a Hoarders House Clearance

Hoarding begins so gradually friends and family may never notice. They have no idea a compulsive hoarder house clearance could be where things will end. According to WedMD the condition evolves from a cluttered house to a trash heap that is no longer a home as society understands it.

When is a mess more than a mess, WebMD asks? A teen’s room strewn with clothes and empty crisp packets is not a hoard, it is just old-fashioned sloth. Most of us pass through these phases when we are ill in bed with the flu, or studying late into the night for an important test.

However, we do eventually pull ourselves together and tidy up the place. That’s the real distinction really. We are in charge of our clutter. However, an unchecked hoard takes over the affected person’s life as their compulsion runs rampant ahead of them.

What We Discover While Clearing Hoarders Houses

We may stumble over piles of junk as we push ourselves through the door from outside the house. People who have not been with us on a mission often cannot believe the mountains of newspapers, flyers, empty plastic bottles and piles of books we describe.

We find this particularly painful because we know how precious those piles of stuff are to the compulsive hoarder. It’s not that they do not want to let them go. It’s because they are as addicted to their habit as a substance abuser ever was. 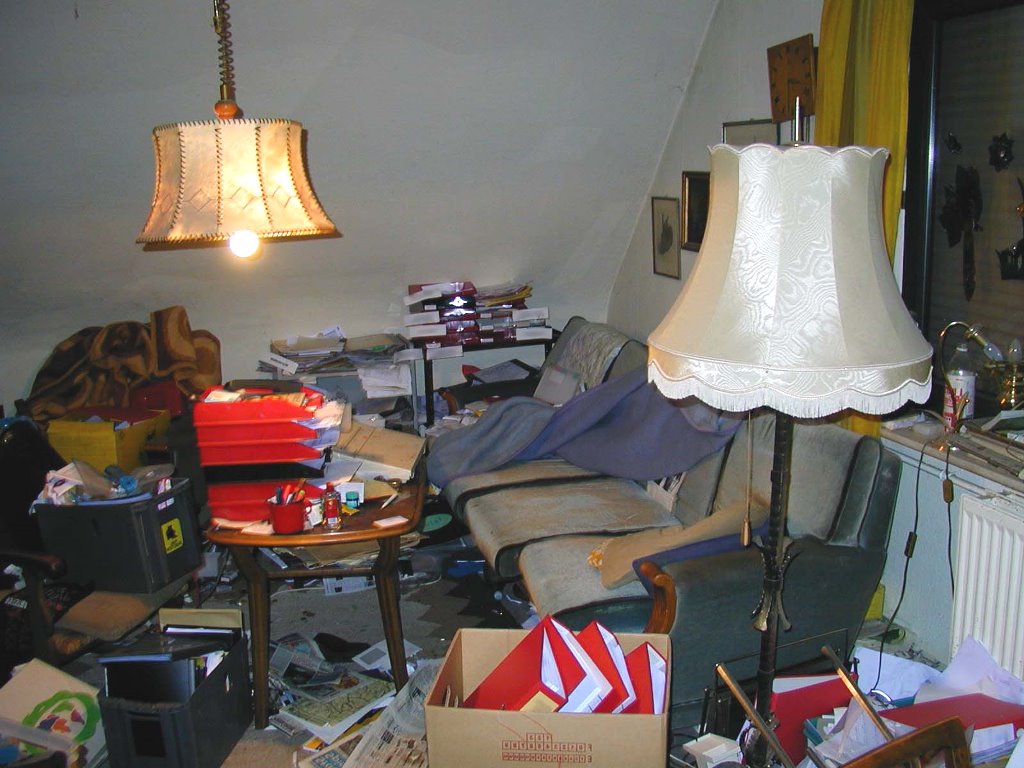 In the Living Room of a Compulsive Hoarder: Maschinenjunge: CC 3.0

Beauty Is Still in the Eye of the Beholder

Nothing is absolute. An ancient proverb still rings true when it says ‘beauty cannot be judged objectively, for what one person finds beautiful or admirable may not appeal to another’

Hoarders see great beauty in their piles of goods others may see as utter garbage. That’s another big difference we need to try to understand if we have a friend who is a hoarder. We may only see beauty in the present, while they envisage a beautiful future use for the object.

Perhaps we have hoarders to thank for the collections of gorgeous vintage cars, and the paintings in the Louvre and National Gallery that might not have survived a hoarders house clearance when critics considered them valueless.

This lovely piece of furniture only lived on because someone saw the inherent beauty after it fell out of fashion and was due for the junk room. 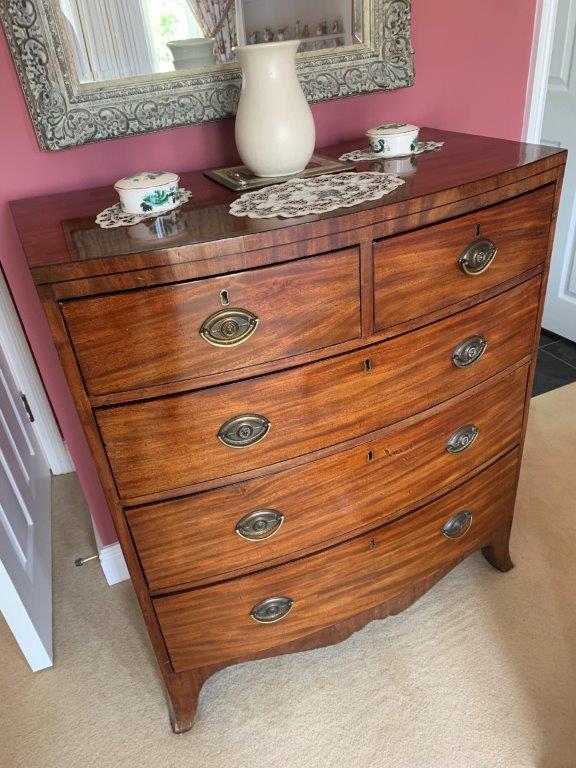 I Have a Special Friend I Discovered Is a Hoarder

You don’t actually have to do anything, provided your friend is safe and the neighbours are at peace about the situation. The last thing you want to do is threaten your friend’s behaviour, or their hoard.

This is not your parade. You only need to intervene where their health or safety are genuinely at risk. And then do so selectively, so you are not forcing your values and opinions down on your friend.

Let’s say for example it is high summer. Your friend’s sitting room windows are so blocked with junk they can’t open them to admit fresh air. After working your way around to the subject you could suggest a light hoarders house clearance ‘just to tidy things up so we can get to the windows and open the drapes.’

If your friend agrees, then Psychology Today recommends not removing anything your friend believes still has value. Emotions are deep-seated powerful things not to tamper with lightly. Your ultimate goal is for them to realise they need help, but that will take time and plenty of it.

Nudge Them Towards a Hoarders House Clearance 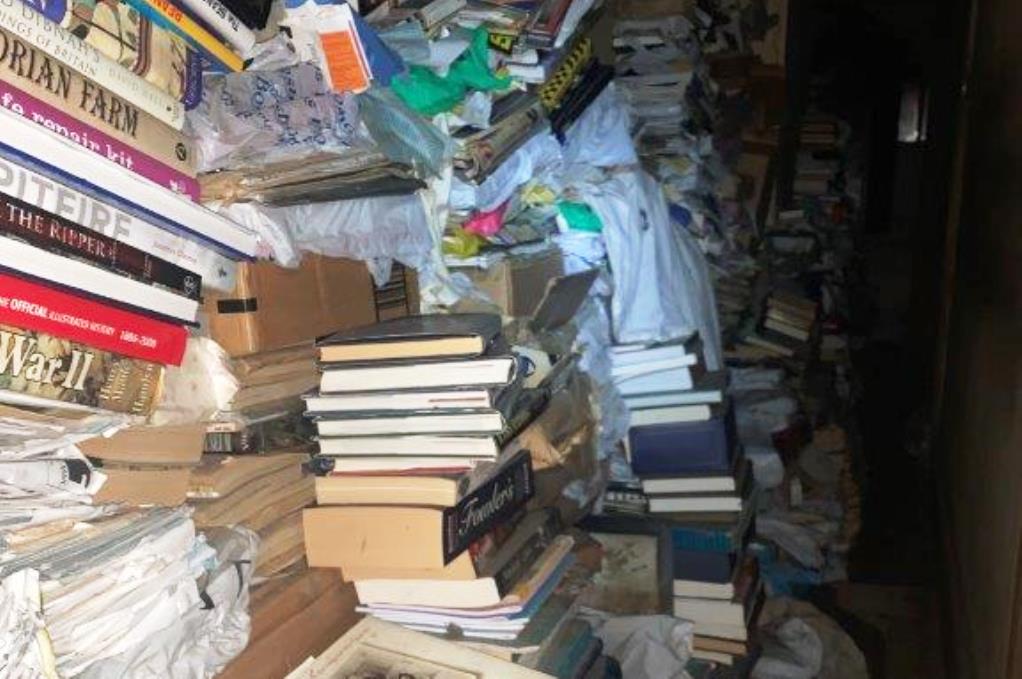 The Good Therapy Organization suggests six useful steps you can easily take. We end this blog with their ideas with thanks!

We are glad you found you found this blog sufficiently interesting to read through to the end. We would appreciate the opportunity to quote for a hoarders house clearance, when you judge the time is right for your friend.

Help For Those Clearing Out A Hoarder’s House

Compulsive Hoarding Disorder – A General Overview of a Deep Topic