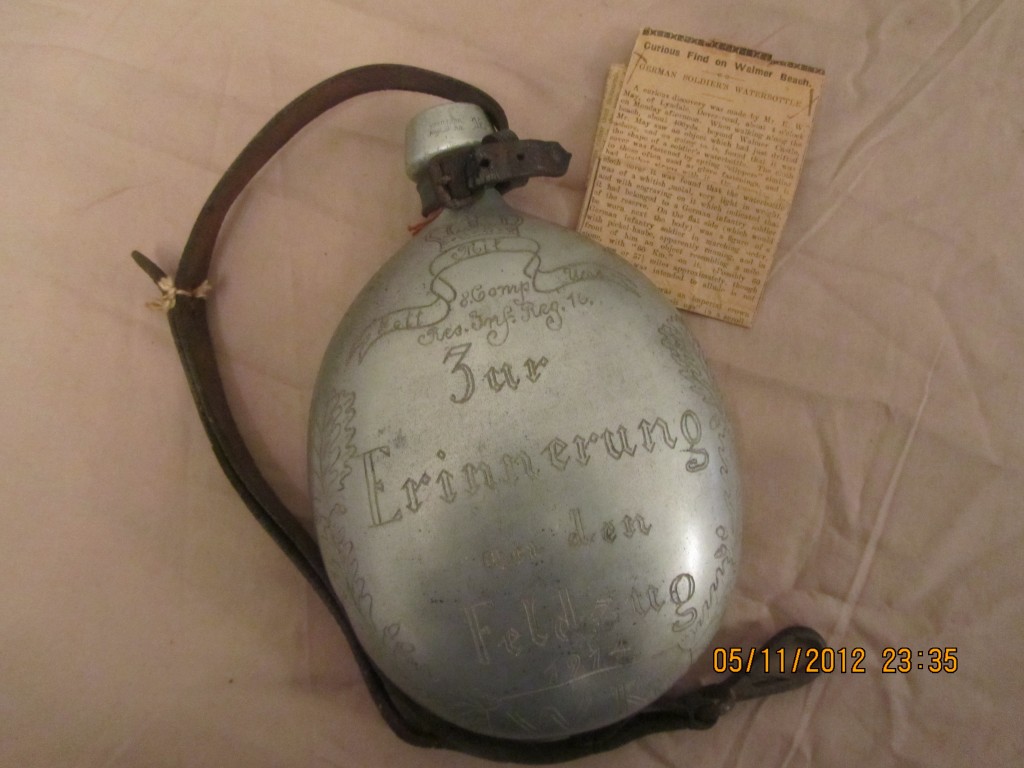 The following original article cut from the Deal Mercury was found attached to the water bottle and reads “A curious discovery was made by Mr E.W.May, of Lyndale, Dover-Road, about 4’oclock on Monday afternoon. When walking along the beach about 400 yards beyond Walmer Castle Mr. May saw an object that had just drifted ashore, and on going to it, found that it was the shape of a soldier’s water bottle. The cloth cover was fastened by spring “clippers”. Upon inspection it was found to have engraving indicating that it had belonged to a German infantry soldier of the reserve. On the flat side ( which would be worn next to the body ) was a picture of a German infantry soldier in marching order, with pickel-haube, apparently running, and in front of him an object resembling a mile stone with “60 km” on it.
On the other side was an imperial crown with “Gott mit uns” in a scroll of Oak leaves all over. In the centre was an inscription indicating that was a souvenir of an expedition or field operations in 1914. Beneath were the Emperors “W.Kr.” Apparently the bottle had been that of a soldier of the 8th Company of the 16th reserve infantry regiment.

If you have any house clearance requirements in Woking, Surrey or any of the surrounding areas please call Jeffrey Avery for confidential advice and a free quote on 0800 567 7769.

by Kevin Anderson on Avery Associates
Fantastic and Reliable