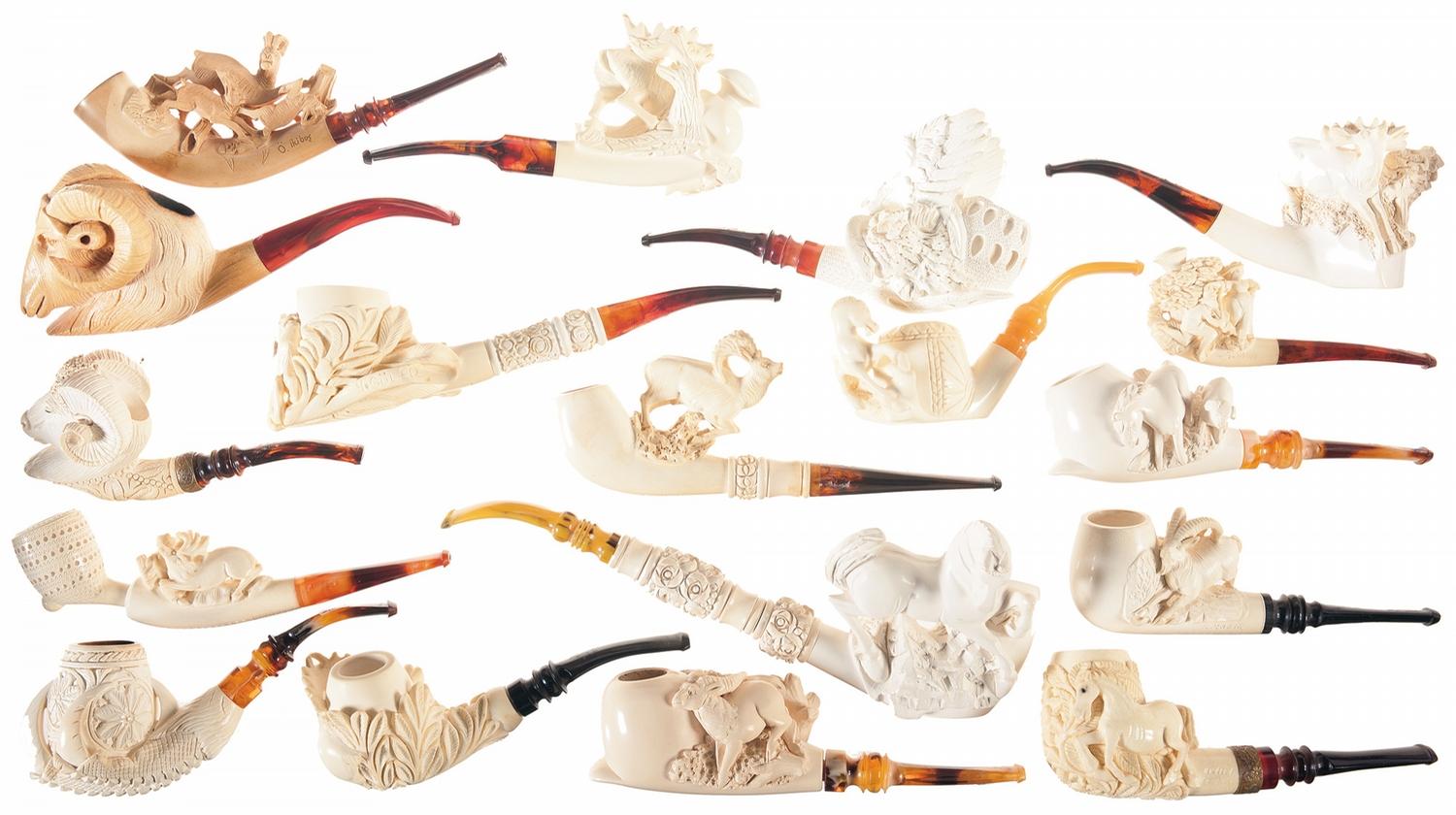 The History of Meerschaum

Meerschaum the most noble of pipes and so unique. Artistic in form and so mysterious making it such a delightful smoke and at the same time a piece of art, a pipe held in high esteem by the pipe smoking Connoisseur. Meerschaum’s light porous material is in fact hydrous magnesium silicate. The perfect material for a pipe smoker as it provides a cool, dry, flavourful smoke. Meerschaum is a mineral made of the fossilized shells of minute sea creatures that had settled on the sea floor over 50 million years ago. Beneath layers of compressed silt built up over the ages. Structural movements in the earths crust lifted the Meerschaum white stone above the sea level where it was discovered by man and fashioned into a totally unique pipe which is known to be in existence since 1723.

Mysterious as a Chameleon as it changes colour through shades of red orange amber from the base up. The dabqaad is made from Meerschaum, a traditional incense burner in Somalia and Djibouti and traditionally the Turks made carved Meerschaum products in Vienna factories since the 1970’s. Turkey has banned the exportation of meerschaum nodules, trying to set up a local meerschaum industry. The once famous manufacturers have therefore disappeared and European pipe producers turned to others sources for their pipes.